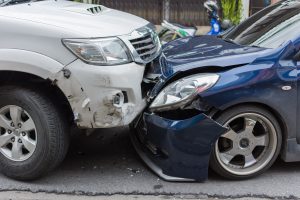 Those of us who live in the New Britain area know that we enjoy the advantages of living within a vibrant, diverse, cultural world that is the envy of New England. Even though we may live in New Britain itself or one of its surrounding communities, we also know that volume of traffic on our streets and highways means that we always run the risk of being involved in an auto accident.

After an accident, you are faced with many problems and decisions that can be confusing in the hours after an auto accident. In addition to worrying about any injuries you or a family member may have sustained, you are also concerned with the prospect of having to find transportation for you and your family while your car is being repaired, the effect of lost income on the family budget, as well as how you are going to pay for your immediate and possible future medical expenses. For many accident victims, the prospect of future medical expenses is always a major worry and even more so when your own child is injured as well.

In the days after an accident, you may be contacted by insurance adjusters from both the other driver’s insurance carrier as well as your own. If you are facing the reality of an injured family member or the prospect of lost income from your own injuries, you might be tempted to accept an offer of a quick accident and injury claim settlement that may seem generous at first glance. Sadly, in many cases, an accident victim will accept a settlement only to later learn that such a settlement was not offered with the welfare of the accident victim in mind.

As a New Britain car wreck law firm, we know that many accident victims are often unaware of the compensation that they are entitled to receive for their car accident injuries such as uninsured/under-insured accident coverage in their own auto insurance policy if the other driver was not carrying the minimum insurance coverage required by Connecticut law. Many car accident victims are also unaware that there are many factors that may contribute to an accident and that, in some instances, a “third party” such as an auto parts manufacturer that produced an unsafe product may also be liable for their role in causing your accident.

To understand the liabilities and responsibilities of the many parties that may have played a role in your accident you will need the services of a personal injury lawyer who is familiar with how accident investigations are conducted and how to obtain all the information that will be necessary for you to win your auto accident injury case and receive the compensation to which you are entitled.

Just as no two automobile accidents are the same, every accident injury victim has the right to have their unique injuries treated by a physician of their choice rather than to have their treatment managed by an insurance adjuster. The New Britain car wreck law firm of Walsh Woodard understands how, in the days after an accident, an accident victim is sometimes not in a physical or emotional state that will allow them to make rational, well-informed, decisions.

Rather than run the risk of taking a quick settlement offered by an insurance company that may not cover your expenses due to property damages, lost wages, or other income that were due to your injuries you should contact the New Britain car wreck law firm of Walsh Woodard (860) 785-2011 to discuss your options to receive fair compensation for your accident injuries.