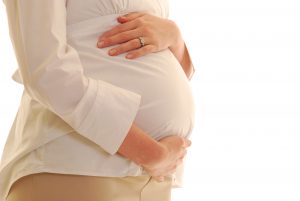 Over the past six and a half years, Walsh Woodard has been privileged to represent a local Bristol couple whose dream of growing their family was tragically shattered because of negligent treatment rendered by the University of Connecticut Health Center (UConn) and the Center for Advanced Reproductive Services (CARS), a fertility clinic closely affiliated with UConn.

Aaron Lynch and Jean-Marie Monroe-Lynch underwent fertility treatment at CARS in 2013 and 2014, which resulted in a twin pregnancy. Jean then received her prenatal treatment at the University of Connecticut Health Center. Unfortunately, multiple errors by UConn’s medical providers caused Aaron and Jean to suffer an unimaginable tragedy. On January 13, 2015, their daughter Shay died in utero shortly before her due date. Their son Joshua was born with widespread, life-limiting deficits. If UConn had taken appropriate steps during Jean’s fertility treatment and prenatal care, these tragedies would have been avoided.

The case involved a highly prevalent but rarely discussed virus called cytomegalovirus or “CMV”. CMV is a virus that most people contract by adulthood. Once you get CMV, you become a carrier of the virus for the rest of your life.

In most circumstances, CMV is a mild virus and is not dangerous. However, a baby can face extreme risks if its mother contracts CMV for the first time early in her pregnancy. The baby can develop “congenital CMV”, which can cause disastrous outcomes including fetal death or profound neurologic injuries.

CARS and UConn tested Jean at the start of her fertility treatment and knew she was CMV negative. As a result, CARS and UConn knew it was very dangerous to use sperm from a CMV positive donor. Nevertheless, they never told Jean or Aaron of the grave risks of congenital CMV, nor did CARS or UConn take any steps to prevent them.

In its own patient forms, CARS acknowledges that the risk of CMV infection to an unborn baby is a major area of concern. This warning is a part of a consent form given to CMV negative patients if the use of sperm from a CMV positive donor is considered. The CMV Consent Form further describes various devastating consequences of congenital CMV including fatal illness, hearing loss, vision impairment and varying degrees of mental retardation. Since Jean was CMV negative, CARS should have given her its CMV Consent Form. However, this form was never given to Aaron or Jean.

Like most people, Aaron and Jean knew nothing about the dangers of CMV when the insemination occurred. By contrast, the catastrophic risks of congenital CMV are well-known in the fertility industry. For this reason, safeguards like UConn’s own policies exist to prevent transmission of this potentially deadly disease to babies born with the use of donor sperm. Of course, if properly advised of these dangers, Aaron and Jean would never have knowingly used sperm from a donor who was CMV positive.

In addition to the negligent fertility treatment claim, there was a second part to this case. During her prenatal treatment, Jean underwent an ultrasound that demonstrated hyperechoic bowel – an abnormality that can be a marker for CMV. UConn documented this abnormality on Jean’s ultrasound report but did nothing in response. A simple blood test would have revealed that the cause of the hyperechoic bowel was congenital CMV. Yet, this test was not performed by UConn.

At no point were Aaron and Jean ever advised of any problems with the pregnancy. The first time they learned of CMV was after the delivery of their son Joshua and the stillbirth of their daughter Shay. Doctors then diagnosed their son with serious, far-reaching medical issues. Testing after the delivery confirmed that Shay died because of CMV and that Joshua’s grave medical problems were also the result of CMV.

After many years of litigation, the case was tried in the Hartford Superior Court before Judge Mark Taylor. Due to the global COVID-19 pandemic, the trial took place virtually with all witnesses testifying remotely. Walsh Woodard retained numerous experts who addressed the negligent conduct of the fertility clinic and prenatal treatment providers. The Court agreed with the Lynchs’ claim. Judge Taylor found that the fertility clinic and prenatal treatment providers made multiple errors in the treatment rendered to Jean before and during her pregnancy. Judge Taylor also held that these errors led to Shay’s death in utero and Joshua’s profound medical problems.

The devastating consequences of contracting congenital CMV infection early in pregnancy are well-known in the medical community. There are simple safeguards in place to protect prospective parents and their children from this horrible disease. However, medical providers in the fertility industry must follow these precautions to prevent tragedies like what happened to Aaron and Jean.

Unfortunately, very little oversight exists over the multi-billion-dollar fertility business. For this reason, there is a strong need for fertility treatment awareness and education. Men and women who are considering growing their families with the assistance of a fertility clinic should be educated about the grave dangers of congenital CMV and things that can be done to prevent this potentially devastating virus.