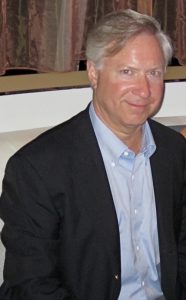 Prior to beginning his legal career, Mr. Sack attended Kingswood School (West Hartford) (1971), Yale University (B.A. 1974) and The University of Connecticut Law School (J.D., High Honors, 1977). At Yale, Mr. Sack completed his studies in an accelerated three year time span. At UCONN Law School, he was salutatorian of his class.

During his legal career, Mr. Sack has represented a variety of parties in civil litigation. Most of these cases have been based on tort theories. The majority of the tort cases have concerned personal injuries, property damage and wrongful death.

In his private life, Mr. Sack has been involved in a wide range of community activities including serving as Chairperson of the Inland Wetlands and Watercourses Commission for the Town of Ellington, as board member (16 years) and President (8 years) of Still Mountain Estates Association and on various committees and boards for private clubs and religious institutions. Mr. Sack is married with three daughters and four granddaughters (to date).